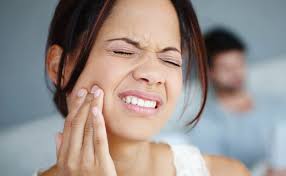 April 27, 2017 — Dentists and oral surgeons are always looking for better ways to reduce their patients’ pain after surgery, and a new study may have a solution. An injection of dexamethasone before surgery significantly reduced postoperative pain for patients who had impacted third molars extracted.

Patients who received a shot of dexamethasone one hour before surgery reported lower pain levels and taking fewer analgesics after the procedure than a control group. The authors noted that their results, which were published in the Journal of Dental Anesthesia and Pain Medicine (March 27, 2017), have clinical relevance.

“In the present study, preoperative dexamethasone injection into the sublingual space resulted in significant different … pain scores and analgesic intake,” wrote the authors, led by Peiter Gozali from the oral and maxillofacial surgery department at Mahidol University dental school in Bangkok. “We recommend sublingual injection of dexamethasone to ameliorate postoperative pain.”

Third-molar extractions are one of the most common oral surgery procedures, but they often leave patients with moderate to severe postoperative pain. To help relieve that pain, dentists and surgeons often prescribe strong analgesics, including opioids, but researchers are looking for other strategies to help prevent acute pain in the first place.

“We recommend sublingual injection of dexamethasone to ameliorate postoperative pain.”

The authors of the new study thought that dexamethasone might be an ideal preoperative solution because of its anti-inflammatory and immunosuppressive properties.

To test their theory, the researchers enrolled 48 healthy patients in a double-blind, randomized study. All the patients were 18 to 30 years old and needed two impacted third mandibular molars extracted.

One hour after the saline injections, an oral surgeon performed the extractions. For the next three days, the researchers monitored the patients’ pain levels in two ways: Dexamethasone is effective at reducing postoperative pain, the study authors wrote. However, they also noted that placing the injection sublingually may have been the key for such significant results.

“The sublingual space is well-supplied with vascular and lymphatic drainage,” the authors wrote, “and first-pass metabolism in the liver is avoided using this route, as is pre-elimination in the gastrointestinal tract.”

Although the results look promising, it is important to note that the study had a similar population, with patients around the same age and location. Therefore, the results may not be applicable to different populations, according to the authors.

The researchers also didn’t follow the patients for more than three days, so it is unknown if the dexamethasone injection made a difference in other ways, such as healing time. Furthermore, it takes one hour for dexamethasone to be effective, so a shot may not be practical for some clinics.

Dr. Laurence Oliver has been practicing dentistry in the Metroplex for over 25 years with emphasis in the area of special care dentistry. He became involved with this field of dentistry when a friend asked him to see his mother in a nursing home. He soon realized that the dental needs of most nursing home residents were not being met. In 1988 he founded ResiDental Associates, a nursing home dental group, which uses portable dental equipment to deliver on-site care... Read more

This site uses Akismet to reduce spam. Learn how your comment data is processed.

Need Dental Work For the Whole Family? We've Got You Covered.

WELCOME BACK TO OUR PATIENTS!